They come in all different shapes, sizes, and colours and anything from t-shirt bras to push-ups, most of us wear a bra every day but how much do we really know about the humble brassiere? 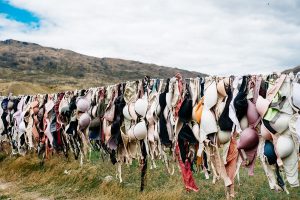 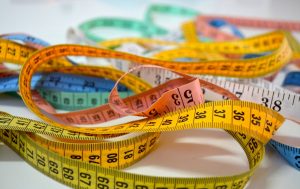 A third of UK women are currently wearing the wrong size bra! Breast sizes fluctuate throughout the month for various reasons, so imagine how much your size could change in a year? It might be dull having to get re-measured annually but it’s definitely half an hour well spent because having the right sized bra could make a huge difference to your life; it will help your posture, your clothes will also fit better and you’ll feel more comfortable and confident.

Bra sizes can also vary depending on which manufacturer you buy from, so be vigilant. By being loyal to the same brands will reassure you that the bra you’re wearing is true to size.

2. You shouldn’t be wearing the same bra more than 3-5 days in a row 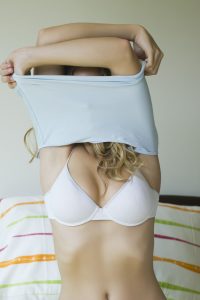 A recent blog post from Slate revealed that many women go a week or two without washing their bras, but how often should we actually be cleaning them?

Mary Begovic Johnson, senior scientific communications manager of Procter & Gamble concluded to Buzzfeed that we shouldn’t be wearing the same bra more than three to five times in a row, advising that “the closer something is to your body, the more frequently you should be cleaning it.”

Admittedly, most of us might ignore the label that tells us to hand-wash our smalls, but as long as you wash them frequently the scientists are happy, and wash bags are amazing if you want your bras to last longer.

3. Sports bras are a necessity that shouldn’t be overlooked 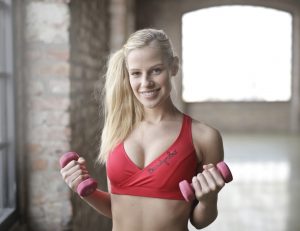 Sports clothing may be a trend in and out of the gym, but Instagram fitness guru Kayla Itsines advises “If there is one thing (apart from sneakers) that you should spend your money on, then it is definitely a sports bra” and it’s not just for the purpose of style.

Most forms of exercise make our breasts bounce up and down, no matter the cup size. Breasts are made up of fatty tissue which is surrounded by skin and fragile ligaments called ‘Cooper’s Ligaments’. Once Cooper’s ligaments are stretched or broken down, they will sag and nothing can fix this- they won’t bounce back. Sports bras give the correct support for physical activity and are made to reduce this movement.

When choosing a sports bra Kayla also advises to “make sure to consider whether you are going to be doing high or low impact exercise as there are different bras to suit each of these.”

4. You don’t need underwire to get the right amount of support

Lots of bras these days are constructed with underwire, so over time, we all have become accustomed to the idea that all bras should have an underwire.  However, this is a myth! If this was the case then why would most lingerie brands still offer several non-underwire options to their customers?

A self-confessed “bra doctor” on the Now That’s Lingerie blog uncovers the mystery of underwire, explaining “the purpose of an underwire is to contour the natural shape of your breast by encompassing the entirety of your breast tissue and giving it lift and a round shape.  When encased in those cups, your breasts will only be supported to the extent that the fabric of your cup covers your breasts”, so a push-up bra, for example, isn’t going to give you as much support as a bra with a full cup.

She continues “any non-underwire bras are equipped with a supportive elasticated band around the torso and have seams that are stitched internally in such a way as to provide shape and support.  Full support bras DO exist without underwire and their support can be comparable to that of an underwire bra.” 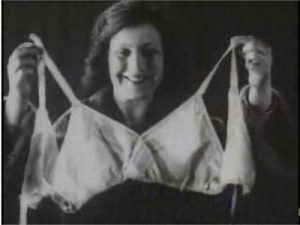 Ok so maybe this fact isn’t one you “need-to-know”, but you can’t be a breastpert if you don’t know who made the very thing that we adorn on our chests every day!

There’s a lot of speculation about the first person who had the idea for the contraption because through history there were many adaptions of the item; corsets, le bien-être (or “the well-being” model) and “bra bands” (thankfully we missed those boats) but it was the United States where New York socialite Mary Phelps Jacob, referred to as Caresse Crosby, in 1914 patented the first design that is recognised as the style for modern bras today. This is what started the mass production that made the garment widely available, thanks, Caresse!

Now you can add more bras to your repertoire knowing the facts!