With Halloween approaching, we look back at some of the scariest things we’ve worn in the name of fashion…

We all make mistakes in our youth but when it comes to some fashion trends, they’re best left back there. Experimenting with fashion is all part of growing up, but sometimes we’d love to go back in time and ask our younger selves ‘what on earth were you thinking’?! Here are just a few of the heinous fashion mistakes we’d like to banish to room 101.

The 1990s called and it wants to know what the hell you were thinking?! Back in the day shell suits were all the rage – we thought we looked like off duty Victoria’s Secret models, but in reality the look was more Vicky Pollard than anything else. With hindsight we know they were lurid, flammable and made a weird squeaky noise when we walked. Let’s just file this one under ‘never, ever again’. 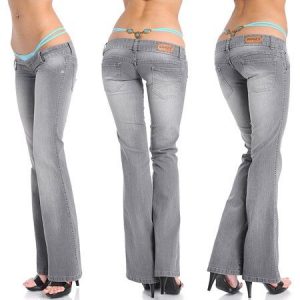 Back in the early 00s if Britney did it, we were cool with it, which is how a lot of us ended up with belly button rings and, worst of all, low slung hipster jeans with a thong poking out of the top. Thanks, Britney. Not only was this supremely uncomfortable, it was also incredibly ugly. Luckily we stopped following the Britney rule after she started walking barefoot in gas station toilets. 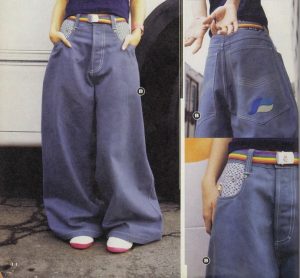 Depending on your age, you could have rocked this look in one of two decades, but we’re thinking specifically of the punk inspired Bolt jeans of the late 90s/early 00s. Unlike their 1970s counterparts, they weren’t fitted at the waist and did not come in cool retro colours. No, these particular denims were big, baggy and blue and what’s more, they didn’t suit anyone’s body shape. We thought we looked cool and punky, but actually we were just drowning in denim! 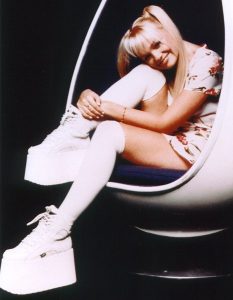 At one point in our youth, all we really really really wanted was to zig-a-zig-ahh, whatever that was. At the time we thought it might be something to do with tottering along in extreme platform trainers like the Spice Girls. Turns out, it wasn’t. But at least we looked cool…right?! Perhaps not. 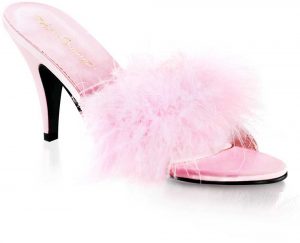 There’s an episode of Sex & The City where Carrie tries (and fails) to entice Jack Berger whilst wearing a pair of marabou trimmed mules and, to be honest, we can see why he wasn’t smitten with the look. Not only are they impractical (you definitely can’t go out in the rain wearing them), but they’re also totally preposterous. And don’t even get us started on the kitten heel…